Most of the video creators use Drone for video recording, and slowly Drone users are increasing in India. But right now many users do not know what is Drone? And Is It Legal To Fly Drone In India? If you have Drone or want to buy Future Drone. Then you are absolutely right place.

It is illegal to fly a drone in India without any government authority’s permission.

A notice regarding this was issued by DGCA (Director General of Civil Aviation) on 7 October 2014. Why is flying a drone banned in India? A draft policy has been issued regarding this.

What is a Drone?

If you are connected to the Internet and YouTube, then you must have heard the name of your Drone many times. Drones are named aircraft that fly autonomously without any human control. Drone’s Speed, Navigation, Aerobatics, etc. It is controlled by Onboard Computer or Remote System.

In our country, you will see the use of drones while shooting videos at weddings, with this camera drones are most commonly used during film shooting in Bollywood cinema. In India, it is not that a person cannot fly drones at all, but there are some rules for this, the same has to be followed and permission will have to be taken from the government if needed.

The drone can also be a simple one, which can have just some basic features, and also an advanced drone in which a camera and much electronic equipment can be installed. According to the draft policy, Drones have been classified into 4 categories.

Micro Drone: Drones whose weight is less than 2Kg, all come in the class of Micro-Drones.

Mini Drones: Drones whose weight is more than 2kg and less than 20Kg. They all fall in the class of Mini-Drones.

Small Drones: Drones whose weight is more than 20Kg and less than 150Kg are all called Small Drones.

Large Drones: Drones whose weight is 150Kg or above all come in the class of Large Drones.

How To Fly Drones In India?

As mentioned above, it is illegal to fly drones without permission in India, so if you buy or are about to buy drones from online supermarkets like Flipkart, Amazon. So, first of all, you should get this information that what is the condition to fly Drones in India.

To fly a drone, one has to register for UIN (Unique Identification Number) from DGCA.

UIN is issued only for citizens of India and sometimes Temporary UIN is issued for Non-Resident Indians for R&D, Training, and Testing.

Note: There are many Process & Security Laws for UIN registration, only after completing the registration is complete and Drone fly permit is known. For information about all the steps, copy this link and open it in the browser.

If you want to buy it for yourself, then you can buy it from Amazon, Flipkart. You will get it at different prices according to the quality. But at the same time you also need to take a permit, so keep this in mind.

The demand for drones is gradually increasing in India and you will get it online from anywhere. The price of normal drones available in India ranges from Rs 2000 to lakhs of rupees. 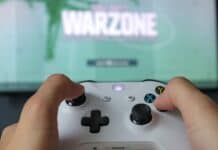 Xbox one not loading games A Simple for fix it 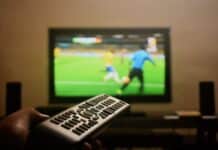 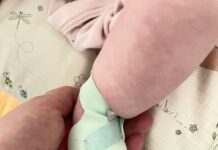 Owlet sock wont charge: The reasons and fixes you need to know about

Moto g4 Bluetooth problem How can I fix it

Owlet sock wont charge: The reasons and fixes you need to...

Unable to connect to world Minecraft Xbox one