If you use Apple iPhone, then there is some happiness for you. Because Apple has announced about iOS 11 Feature Updates in its event. By the way, if we look at the features of iOS, then Apple always copies from Android and brings some updates to its iOS as well. No information has been received about the iOS 11 Release Date yet. But everyone has come to know that it is going to be launched soon, there is no information about when iOS 11 will be launched in India.

This has been confirmed with the arrival of iOS 11 Feature Updates in Apple event 2017. We are going to get the latest iOS update soon. Here I am going to tell about the updates of this which Apple has unveiled in its event. So let’s see…

If you use iMessage in App Drawer then here you will get its complete design change. Apple has already provided the feature of iCloud Synchronization. In which if you delete a message from your iPhone, then that message also gets deleted from iPod and MacBook.

Just like Google Talk, Cortana is Apple Siri’s AI Assistant. Which supports English, French, German, Chinese, Italian, and Spanish languages. Now you will be able to use Siri as Personal Assistant just like Google Assistant.

Now if you click the photo on your iOS device then that photo will be more compressed than before. According to Apple iOS 11 Feature Updates, you will get to see 2x Compression and the quality will remain the same. With this, your storage will not be full quickly and you will be able to use it for a long time.

iOS 11 You will also get to see changes in the Control Panel and this time its entire design has been changed. Earlier you used to get 2 slots for music but now it will be all the same.

Now if you click Live Photo from your iPhone, then you can apply Live Effects to Images there. First, you have to download an Extra App for this. But now with iOS.

Now you will also get the features of Speaker in Home Kit of Apple Device, so you can purchase Speaker with Home Kit from the market and control it from Apple Home App like Smart Speaker.

In iOS 11 Feature Updates, you will get a complete change in the App Store design. Now different sections of Apps & Games have been created here and with this, any recent Apps Updates have become their separate section.

Most Highlight Updates of iOS 11 Apple ARkit, Apple ARkit works wonderfully without any specific hardware in Apple. Here you can do Camera, Motion Sensor scans and use different objects there.

Friends, here I have told you about iOS 11 Feature Updates. This time Apple has not changed much, just small updates. Apart from this, Machine Learning has been further improved, now it will be available inbuilt with Core. If we talk about the iOS release, then the beta version will be available in the last of these months. But there is probably still a lot of time in the stable version. 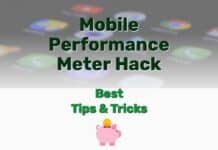 How to Charge Laptop in Car in a Quick Way